Go Back
Verification Central
« Previous: Next Generation Memory…
Next: Backbone of Automotive Safety… »

The first stable version of PIPE was published as PIPE 2.0 in 2007. Over the time, PIPE has evolved to support higher speeds and the added functionalities of next generation PCIe specifications. PIPE 4.4.1 specification, released in early 2017, is fully compliant with PCIe 4.0 base specification supporting 16GT/s speed. It has major improvements over PIPE 4.3, while maintaining backward compatibility. Following diagram illustrates PIPE interface, and the partitioning of PHY layer of PCIe. 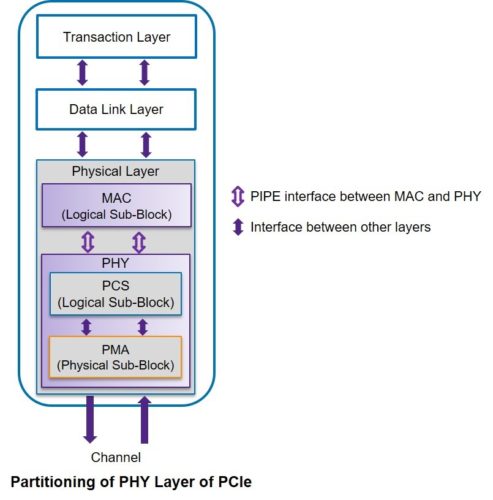 The following list summarizes the newly added/modified features in PIPE 4.4.1 over PIPE 4.3. 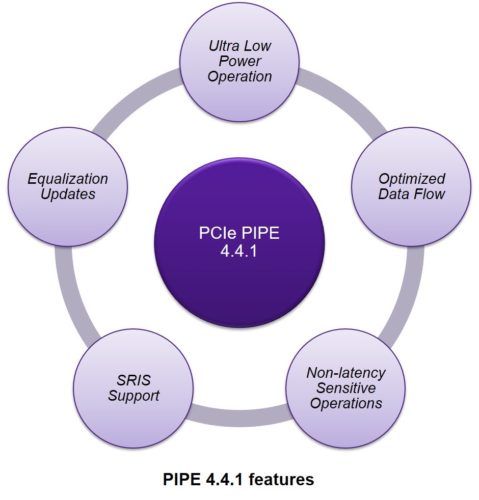 Synopsys VC VIP for PCIe supports all the features of PIPE starting from v2.0 to v4.4.1. The VIP provides robust protocol checkers that flag specification violations to catch complex bugs. It simplifies the verification of PCIe protocol with different types of complex configurations. Synopsys is engaged with the early adopters of PCIe Gen5 Verification IP and testsuite also, based on version 0.5 of the specification. PCIe Gen5 VIP and testsuite are available as part of the 2017.12 release of VC VIP product. Read our recent blog on PCIe Gen5 – Is Your Design PCIe Gen5 Ready? Verify with Synopsys VIP and Testsuite.

The upcoming PCIe blogs will introduce PIPE 5.0 and expand further on features of PCIe Gen5, Gen4, and PIPE 4.4.1, so stay tuned. To know more about Synopsys PCIe and other VIPs please visit   http://synopsys.com/vip.

This post is filed under Data Center, NVMe, PCIe, Storage.
About
A global team of experts share their insights and technical expertise on the latest verification software and hardware topics.
SUBSCRIBE