Is Your Design PCIe Gen5 Ready? Verify with Synopsys VIP and Testsuite

In June 2017, PCI-SIG announced the new PCI Express 5.0 specification, at the PCI-SIG DevCon. The new version of the specification doubled bit rate to 32GT/s per lane providing about 128GB/s bandwidth for a x16 Link (16 lanes). The chart below provides a comparison of bit-rate and bandwidth for the different PCIe Generations. 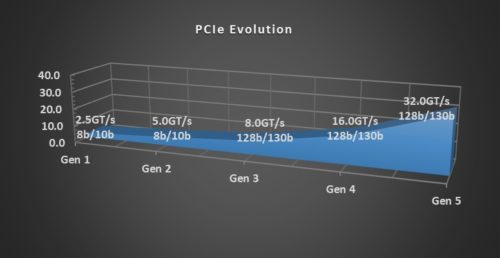 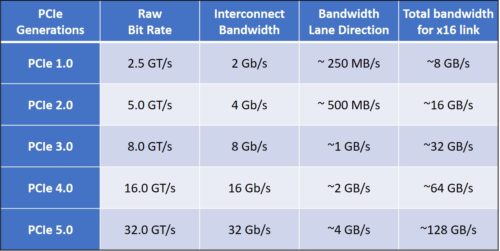 The ElEOS Ordered Set in 128b/130b encoding is extended to include longer run length of 0s and 1s. At 32.0 GT/s, another 19 sets of compliance patterns with various presets are added. A new extended capability structure and several register fields are added to house the 32.0 GT/s data rate. The Lane Margining at Receiver and Retimer support is not expected to change for 32.0 GT/s data rate.

Synopsys is engaged with the early adopters of PCIe Gen5 Verification IP and testsuite, based on version 0.5 of the specification. PCIe Gen5 VIP and testsuite are available as part of the 2017.12 release of VC VIP product. For more information on Synopsys PCIe Gen5 and other VIP, please visit:
https://www.synopsys.com/vip

This post is filed under Automotive, Data Center, DesignWare, PCIe.
About
A global team of experts share their insights and technical expertise on the latest verification software and hardware topics.
SUBSCRIBE