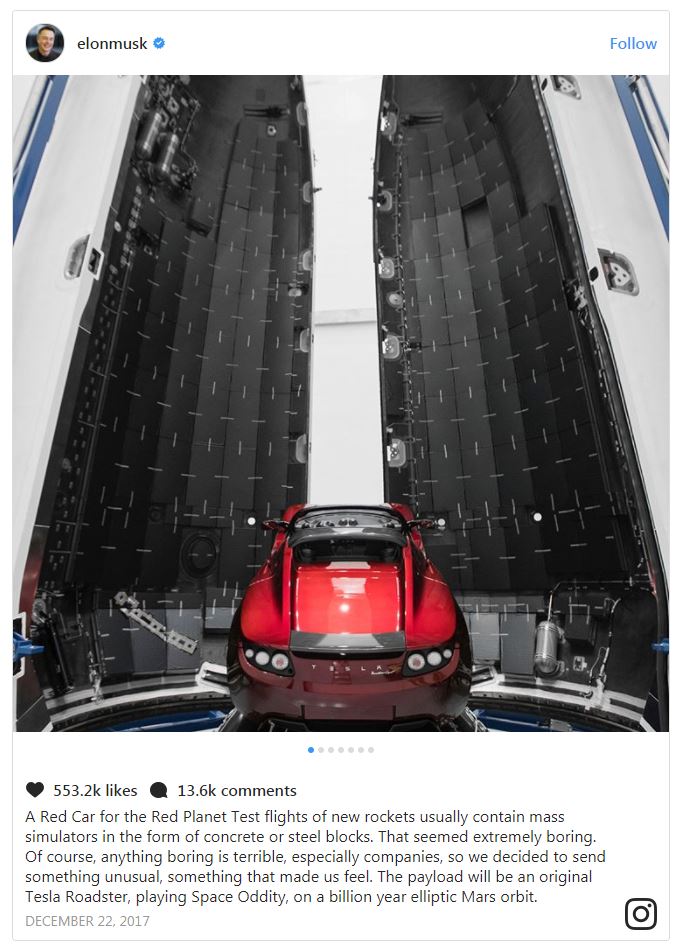 While Elon Musk is launching the first Tesla Roadster into a billion year elliptical orbit near Mars, I’m looking at two resolutions.

Since I’ll never be Elon Musk, I will watch this YouTube channel to learn Chinese.

Can USB Type-C be used for HDMI?

In Sept 2016, HDMI spec group defined a HDMI 1.4 capable standard to use USB Type-C without an adapter. This means a PC with Type-C could connect to a Monitor/TV with Type-C.  Both sides would require the right software and hardware to make it work.

This increases the complexity of the hardware implementation on the controller and PHY. It needs to be tested to make sure it works.  The trade-off to using HDMI 1.4 is the user can’t get the highest HDMI 2.0 and 2.1 features and resolutions.

The question is will monitors appear that natively support HDMI alternate mode. Those monitors might support multiple inputs including

I would like to note, I myself am a huge fan of DisplayLink’s USB video technology because it’s been around for years, and it works super well, and is supported on Windows, Mac, and Android systems. It’s a great example of a private system that works well and is economical.  We have a USB only input, portable monitor in the lab.

There is definitely a future with HDMI over USB Type-C. For now, the HDMI Forum is pushing adapter “dongles” or short cables with chips inside. This actually converts from a USB data stream into HDMI.  Again this is supported by DisplayLink and several other companies.  Here’s an example.

I’ve stolen the paragraph directly from HDMI Wikipedia for those that like more detail.

The HDMI Alternate Mode for USB-C allows HDMI-enabled sources with a USB-C connector to directly connect to standard HDMI display devices, without requiring an adapter.[174] The standard was released in September 2016, and supports all HDMI 1.4b features such as video resolutions up to 4K Ultra HD 30 Hz, and Consumer Electronic Control (CEC).[175] Previously, the similar DisplayPortAlternate Mode could be used to connect to HDMI displays from USB Type-C sources, but where in that case, active adapters were required to convert from DisplayPort to HDMI, HDMI Alternate Mode connects to the display natively.[176]

The Alternate Mode reconfigures the four SuperSpeed differential pairs present in USB-C to carry the three HDMI TMDS channels and the clock signal. The two Sideband Use pins (SBU1 and SBU2) are used to carry the HDMI Ethernet and Audio Return Channel and the Hot Plug Detect functionality (HEAC+/Utility pin and HEAC−/HPD pin). As there are not enough reconfigurable pins remaining in USB-C to accommodate the DDC clock (SCL), DDC data (SDA), and CEC – these three signals are bridged between the HDMI source and sink via the USB Power Delivery 2.0 (USB-PD) protocol, and are carried over the USB-C Configuration Channel (CC) wire.[174] This is possible because the cable is electronically marked (i.e., it contains a USB-PD node) that serves to tunnel the DDC and CEC from the source over the Configuration Channel to the node in the cable, these USB-PD messages are received and relayed to the HDMI sink as regenerated DDC (SCL and SDA signals), or CEC signals.[174]”

Meanwhile Elon Musk is testing his underground Electric Skate system in LA and has a permit in Maryland for a hyperloop system construction test.