DisplayPort and USB Type-C (Part 1 of a series)

DisplayPort became a associated USB when USB Type-C was launched. The Type-C connector provides additional pin/signals/wires to run  simultaneous lanes of more data.  The additional lanes are called Alternate Mode or “Alt-Mode” for short.  It is possible to run both USB on the USB lines and and DisplayPort in Alt Mode.

The physical connector as shown below has both the Tx+/Tx- and Rx+/Rx- wires for the USB 3.1 traffic, and D+/D- for the USB 2.0 traffic. Only one group/set needs to be used for actual traffic.  The remaining ones will be use for Alt-Mode.

VESA announced a compliance program for using USB Type-C with DisplayPort back on December.

My hope is that the DisplayPort compliance test program is run with the formality and rigidity of the USB program. I’m simply not yet familiar with the compliance process. I’m learning..

DisplayPort is standard for moving video content from a source to a display (TV, PC Monitor, or projector).

The current DisplayPort standard shipping in volume is DisplayPort 1.3a. Some Business PCs and Gaming computers have it. It supports 4k, and maybe 5k monitors.  It uses a larger connector.

(Most PCs have a full HDMI connector).

The full size DP connector is used on laptops, monitors, and docking stations for Windows based PCs. 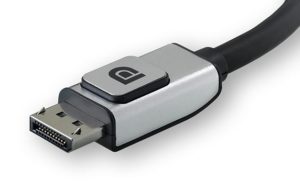 Mini DisplayPort (mDP) is the small form factor connector used on almost exclusively on Apple Laptops. (I don’t know why.) 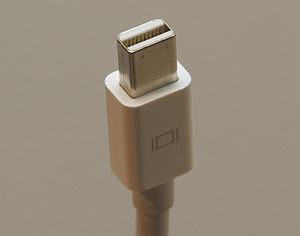 Now, on both PCs and Apples It’s the USB Type-C connector.  For the Apple it usually uses a Thunderbolt 2 chip supporting multiplexed PCIe and DisplayPort and USB.

For PCs, its usually just USB 3.1 and sometimes DisplayPort if it’s using a Thunderbolt chip.

In the future, all DisplayPort will be USB Type-C connectors. Because everything will be Type-C.

USB Type-C supports both DisplayPort 1.3a and 1.4a. It’s actually transparent to the connector. The connector is designed to be scalable to higher speeds.

Here’s the follow-up with the family who took the whole thing with a sense of humor.