Tom’s Hardware ran a series of performance tests using a Samsung USB 3.0 Hard Drive and an NEC USB 3.0 Host card (or a card using the NEC Host chip).    On average the system ran about 40% faster in 3.0 mode over 2.0 mode.   To summarize, the portable hard drive at 640GB sells for less than $100, and the speeds for USB 3.0 are consistently faster.

I’ve noticed in the results that the speeds never go above ~190 Megabytes per second.

I think the reason is that the PCIe interface limits the speed.

The NEC Host card seen here, is plugged into the PCIe x1 slot. 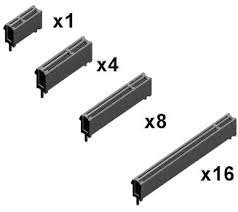 This shows that the slot is a PCIe x1 slot (although it’s mentioned in the article) this is an important point.

Shameless plug for Synopsys USB 3.0 IP:  We can achieve full USB 3.0 speeds with just the Synopsys Host with a  PCIe Gen 2 x1 connection on our Host.

The article concludes that the performance for USB 3.0 is greater, and the cost is now pretty comparable to USB 2.0.   I encourage you to click through the Tom’s Hardware article quickly here.