Go Back
On The Move
« Previous: MIPI Interoperability and…
Next: Being First to Market - Proven… »

UFS, UniPro and You

JEDEC UFS (Universal Flash Storage) v1.1 is a standard promoted by JEDEC JC64.1 aiming to replace eMMC for scalable and high performance non-volatile memory interface in mobile and consumer electronics. The same JEDEC JC64.1 is the group that develops eMMC meaning that they see the transition from eMMC to UFS and are prepared to that. It’s fair to assume that UFS will be used in high end mobile applications first like high end smartphones, tablets and Ultrabooks and compete with eMMC on some of the lower end applications. Long term and assuming high volume manufacturing reduces UFS device costs we will see UFS replacing eMMC but there is a long way to go until we reach that time.

Here’s a forecast from iSuppli showing the growth expected in eMMC. You can assume UFS shipment start in 2013 and 2014 in low volume and ramping rapidly starting 2015, which could explain the lower growth expected for eMMC in 2015. 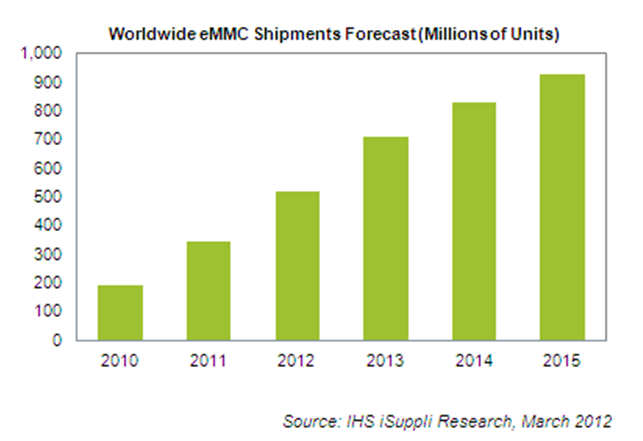 MIPI Alliance promoted UniPro (Unified Protocol) as the ultimate implementation of application agnostic layer removing the complexity of link reliability, retransmissions, hand-shaking from the application implementation. On one side the UniPro controller connects to MIPI M-PHY (via standard RMMI interface) that is responsible for the serialization of the data and transmit/receive of the signal to the IC on the other side of the PCB connection. To the SoC side, the UniPro controller offers standard write and read interfaces (through what the spec calls C-Ports) to send/receive data to/from the remote device and configuration interface (called Device management entity – DME) to configure all the UniPro layers such as Transport, Network, Data Link and PHY adaptation. These Write, Read and Control interfaces simplify the connection to different applications and takes care of the complexity associated with high speed data transmission reliability. The first application layer that used today is UFS that uses the UniPro controller to implement the JEDEC UFS v1.1 standard. Other applications using UniPro are MIPI CSI-3 and DSI-2 for next generation image sensors and embedded displays that plan to use MIPI M-PHY and UniPro. 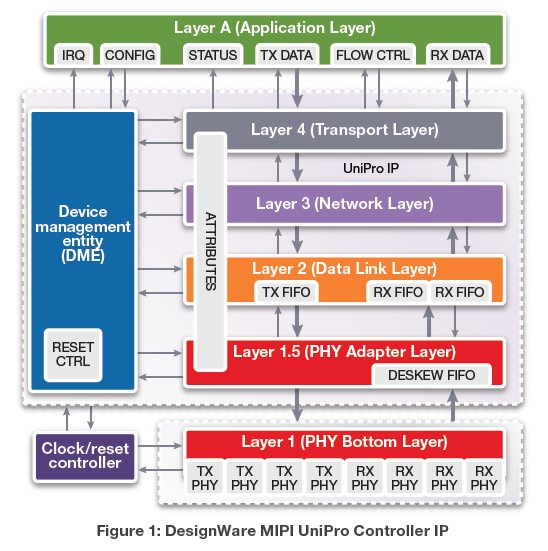 Pressure to meet demand for higher speed, lower power implementations coupled with new standard introductions are difficult to meet. Using these low risk UFS and UniPro controllers with the Synopsys future-proof M-PHY can simplify and help new protocol adoption. Building on these standard IP blocks, You can focus on differentiating features that will help make the product more competitive in the market.

I don’t have a picture of You here but if it’s not too difficult You can look in the mirror. In case you don’t have one handy then look at this funny image about engineers and maybe you’ll find yourself in the picture. 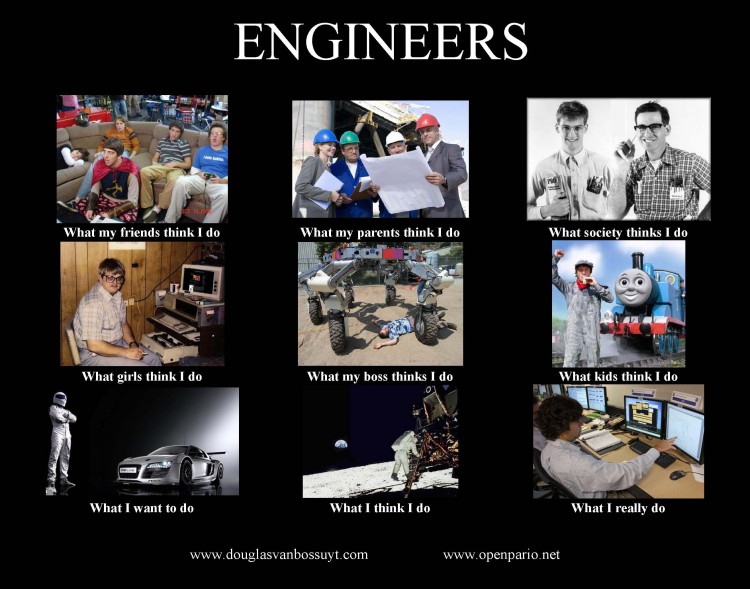 More resources to explore the Synopsys UFS and MIPI IP:

If you like to read this or other previous posts, send this URL to your friends and tell them to Subscribe to this Blog.

• Paste in the following “http://feeds.feedburner.com/synopsysoc/sqLy?format=xml”