I looked at the latest smartphone shipments for Q3 ’11 and was not that surprised. We recognized the growth Samsung experienced covered in this post and that is reflected in Q3’11 shipments which puts Samsung at the top of the smartphone market with 28 million smartphones shipped last quarter. 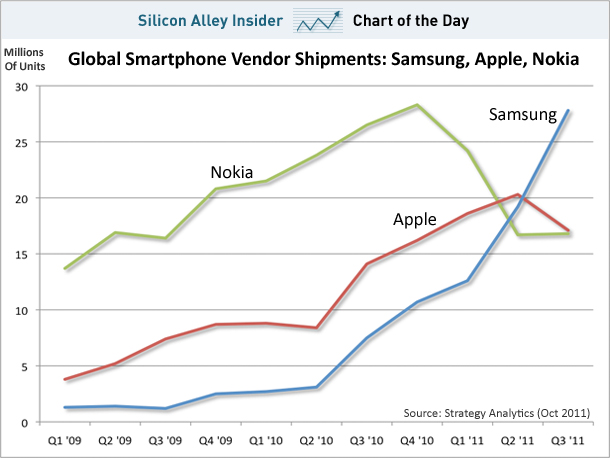 Nokia with their latest Lumina windows phone is coming back to the game after losing market share in recent quarters. We don’t have RIM covered in this chart and Apple lost the lead in Q3 but iPhone 4S will help gain back momentum setting new record for shipments.
More about iPhone 4S setting a new record and a cool video below.

And really the main story here is less on the hardware but more focused on OS, user interface and features that differentiate beyond the hardware itself. Don’t get me wrong hardware is important (and sometime critical for certain users) but cannot be as dynamic as ‘soft’ features.
Here’s another chart that tells the story of Android vs iOS, from Kleiner Perkins partner Mary Meeker, showing Android vs iPhone: Units Sold In First 11 Quarters Since iPhone Launch. Yes, there are more Andoid phones than iPhone which could bias the picture but you can definitely see the adoption trend of Android OS. 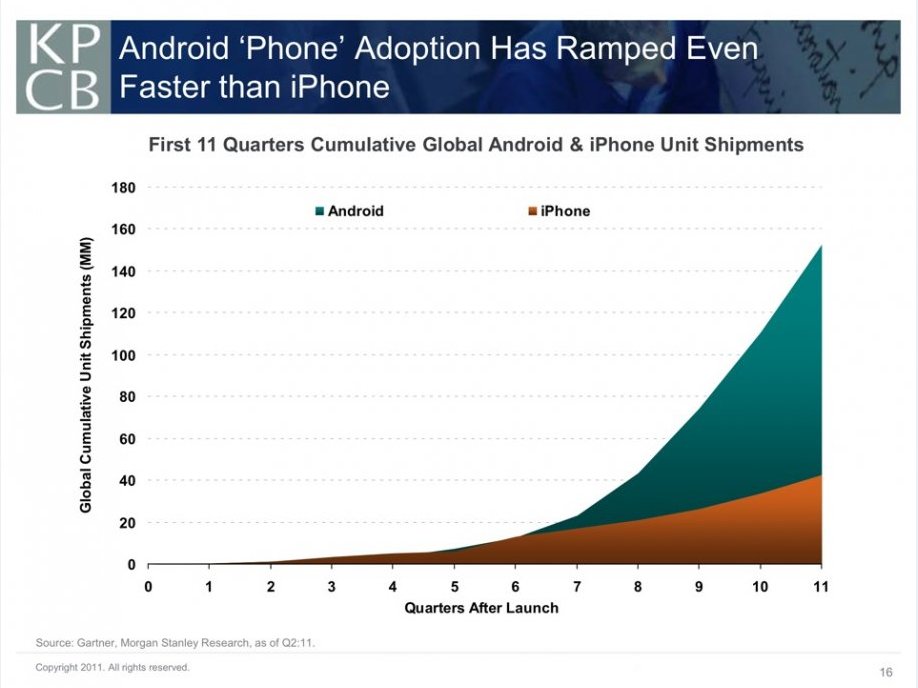 Don’t write off Apple (not that you would…). Apple re-invented 3 market categories and each time surpassed its own success. Look at this interesting comparison showing first quarters after launch. It shows the successful iPod, put in the shade by the even more successful iPhone (nobody will deny it is successful) and now with the the iPad that passed even the iPhone with global unit shipments. 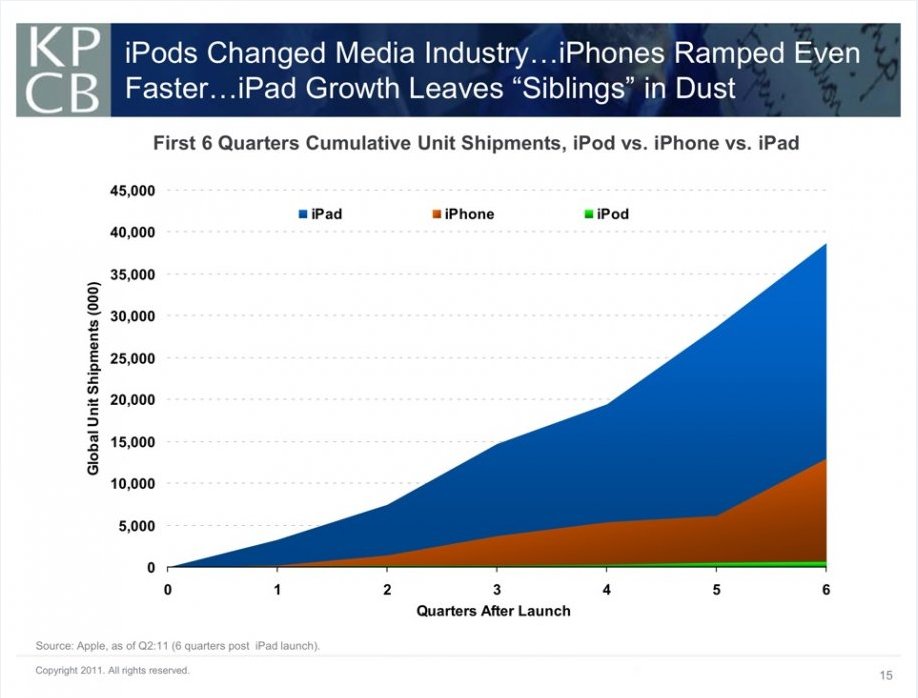 As we discussed iPhone 4S setting a new record for shipments, and here’s a cool youtube video from “FinalCutKing” who purchased two iPhone 4s’s on the day they released and put them in a box hooked to a helium balloon. Then sent them up in the air and waited for them to fall back to Earth. During the time in the air the iPhones took great pictures of the Earth’s atmosphere. See video here: