I wanted to share this graph with you that shows projections of ICs employing MIPI protocols and used in handsets, courtesy of ABI research and IP Nest, and discuss what it means. 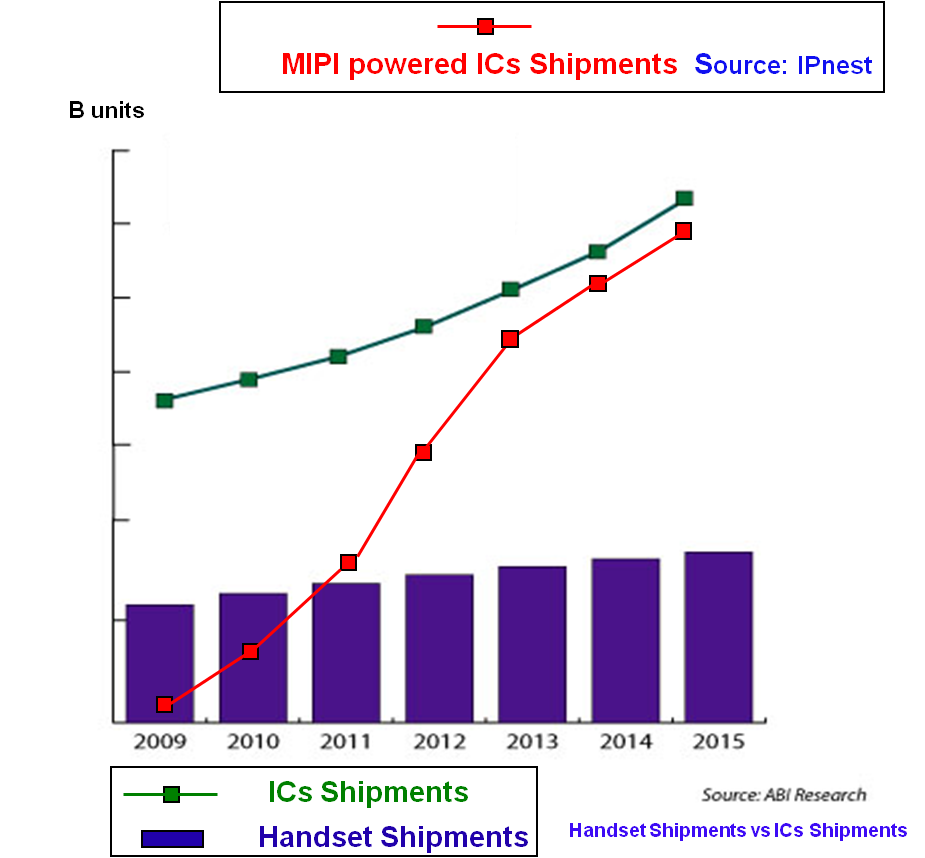 Here’s how these numbers were calculated:
IP Nest used initial data from ABI Research for IC shipments and handset shipments, then added the “MIPI powered IC” numbers (RED line) based on the MIPI IP survey done by IP Nest.

What it tells us that the popular MIPI interfaces are seeing strong adoption in the market and that almost 100% of the worldwide IC shipments in handsets will be using some MIPI interface in 2013.

There are many more providers of application processors and baseband processors that use CSI-2, DSI, DigRF 3G and DigRF v4 as their standard offering. Feel free to reference them in the comments or send to me offline so I can share with the readers.